Brazil produces more coffee than any other country in the world. And coffees from Columbia, Indonesia, and Ethiopia are widely known, too. But when you see coffee from Honduras, your eyebrows might rise. Honduran coffee is not as well known as coffee from these other nations, but that doesn't mean you shouldn't buy it. Honduran coffee — especially from the San Marcos region — is unique, exquisite, and absolutely worth a try. Here's a closer look at these coffees.

Where Is Honduran Coffee Grown?

Although there are a few regions in Honduras that grow coffee, the best known of these is San Marcos. This region, which is really just a small town, is located on the western border of the nation, not far from El Salvador and Guatemala. San Marcos has a small population, and much of that population is dedicated to growing coffee. The coffee plants are mostly planted along the slopes of Sierra del Merendon, a large mountain.

Honduran coffee, and especially that which is grown on the slopes of Sierra del Merendon in San Marcos, is largely grown in the shade. This causes the coffee plants to grow more slowly than they would grow with more sunshine. As a result, the beans tend to develop more complex and nuanced flavors.

Honduran San Marcos coffee also grows in very rich, fertile soil. The soil is enriched by water that tumbles down the mountain after a rainstorm. The water carries nutrients with it. Thus, the soil on these slopes does not become depleted of nutrients like the soils of flatlands often do. Nutrient-rich soil makes for very nuanced, flavorful coffee.

There is some variety in coffees grown in this region. Those grown closer to the base of the slopes tend to be softer and almost creamy, whereas those grown closer to the top of the slops are more acidic. However, almost all coffees from Honduras have a really unique tanginess, paired with hints of spice. You may note cinnamon, allspice, or clove, depending on the exact beans you purchase.

How Should You Brew Coffee From Honduras?

To fully experience the complex flavors of this coffee, you should try brewing it in a French press. Grind the coffee coarsely, and use about 16 grams of beans per 6 ounces of water. Let the water sit on the grinds for at least 4 minutes before you press the plunger down. This long contact time will ensure you extract the nuanced spice notes in the beans.

Honduras may not produce as much coffee as Brazil or Colombia, but it certainly produces some amazing coffee — particularly from San Marcos. Buy yourself some beans, take out that French press, and get to brewing. 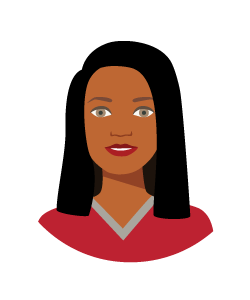 When was the last time you made a great meal for your family? I started thinking more and more about creating great dishes a few years ago, and I started studying cooking in my free time. It was really interesting to learn about cooking from a student level, and before I knew it, I felt like I was doing a lot better cooking the types of dishes I made every day. Now, I can honestly say that I feel good about the types of foods that I am making, and I know that a better understanding of cooking principles made it possible.

Coffee From Honduras? It's Better Than You Think!
30 December 2020

Brazil produces more coffee than any other country …

When you and your future spouse are planning the m …

Having commercial refrigerator is so important if …

With food temperature regulations being such a pri …

With spring approaching, many homeowners are consi …